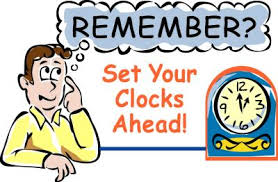 And now to the news.
“I know no safe depository of the ultimate powers of the society but the people themselves; and if we think them not enlightened enough to exercise their control with a wholesome discretion, the remedy is not to take it from them but to inform their discretion by education. This is the true corrective of abuses of Constitutional power.”

An editorial in Wednesday’s L.A. Times checked in on the topic of the LAUSD and eight other California districts requesting waivers from NCLB so as not to be labeled as “failing schools” but setting their own criteria to measure progress:  http://www.latimes.com/news/local/education/la-ed-nclb-waiver-20130306,0,5165889.story
Valerie Strauss reprints a blog that comments on the impending vote by the Philadelphia Public School District to possibly close 12% of the campuses as a cost cutting measure and what it would mean for students and the community:  http://www.washingtonpost.com/blogs/answer-sheet/wp/2013/03/06/how-closing-schools-hurts-neighborhoods/
EDUCATION WEEK provides this story about research that demonstrates that student absenteeism can bring down scores on the NAEP (National Assessment of Education Progress) tests:  http://blogs.edweek.org/edweek/inside-school-research/2013/03/missed_days_drag_down_naep_sco.html  Check out this chart (also linked to in the article) that compares number of days absent with test scores by a sampling of states (California was NOT included):  http://blogs.edweek.org/edweek/inside-school-research/NAGB%20chart.pdf
A front-page story in Wednesday’s L.A. Times had some preliminary results of the heavily contested LAUSD school board races on Tuesday’s ballot:  http://www.latimes.com/news/local/la-me-schools-20130306,0,2329423,full.story  You can get full results (with 100% of precincts reporting) for all the L.A. municipal races here:  http://graphics.latimes.com/la-primary-results-march-2012/  For an analysis of the voting and how the millions of outside dollars affected the 3 school board races, this story from yesterday’s Times should provide some insight: http://www.latimes.com/health/la-me-schools-20130307,0,1968152.story
Another editorial in yesterday’s Times was against a proposal before the Commission on Teaching Credentialing that would alter the way new teachers could become certified to work with ELLs.  There are currently two methods to accomplish that.  The first is through a college or university teacher training program.  The second is by way of an intern program.  The change before the CTC would eliminate the latter one.  Some people believe, including the Times, that it’s aimed at eliminating Teacher for America educators from California schools.  You can read the editorial, titled “A Teach for America Fight,” here and decide for yourself: http://www.latimes.com/news/opinion/editorials/la-ed-0307-credentials-20130307,0,2807694.story  An extensive article in today’s Times describes what the Commission decided in its unanimous ruling yesterday.  TFA and other intern programs will be allowed to continue but under stricter state controls.  All the details are here:  http://www.latimes.com/news/local/la-me-0308-english-interns-20130308,0,580648.story
Nancy Kuechle passes along an interesting discussion and book signing at Vroman’s Bookstore in Pasadena.  She found this in their newsletter:
Thursday, March 14, 7pm

What Kids Learn (And Don’t Learn) in China & America In her groundbreaking book, Educating Young Giants, Nancy Pine reveals       how reliance on antiquated teaching methods and ineffectual reform efforts       has left youth in the United States and China ill-equipped for the demands       of modern technology and the global economy. Transporting us into Chinese       elementary and high school classrooms, Pine, a U.S. education expert,       highlights essential differences and striking similarities between the two       systems. She shows how parents, educators, and policymakers can implement       practical solutions, drawing the best from both systems and genuinely       equipping our children to meet the challenges we face in the 21st century.

Diane Ravitch included this picture on her blog:

Speaking of Diane Ravitch.  Valerie Strauss conducts a Q & A with the eminent education historian regarding the new advocacy group she’s formed to counter those of Michelle Rhee and other “reformers:”  http://www.washingtonpost.com/blogs/answer-sheet/wp/2013/03/08/ravitch-forms-advocacy-group-to-counter-rhee-and-other-school-reformers/
And finally, the Friday UCLA IDEA “Themes in the News” comments on the return to more Career and Technical Education (CTE) at high schools in California.  The Tuesday edition of the “Ed News” highlighted the linked-learning system at the Long Beach Unified School District and how it’s becoming a growing trend among education reformers:  http://us1.campaign-archive2.com/?u=40770a674de4ce8427a9a621b&id=fb49cb2577&e=f7d7cb8d5d