“Education does not mean teaching people what they do not know.
It means teaching them to behave as they do not behave.”
― John Ruskin
Why do many of the so-called education “reformers” belong to what Peter Greene, on his CURMUDGUCATION blog, calls the “Cult of Order?”  Not exactly sure what he’s driving at?   Check out what he has to say.  Here’s a hint: “Many, many, many reformsters are members of the Cult of Order, he begins.  “The Cult of Order believes in blind, unthinking devotion to Order. Everything must be in its proper place. Everything must go according to plan. Everything must be under control.”  Still mystified by his point?  Read the whole story.
The title of this commentary from EDUCATION WEEK is “Charter Activists Suffer from Truth Deprivation.”  “It is truly difficult to comprehend the escalating commitment to, and major infusion of federal and state funds for, [the charter] movement—especially in the absence of supportive data on its effectiveness in the education of young people,” the author argues.  He goes on to chronicle a number of reports and studies that show that many charters do worse or only as well as similar public schools, despite what advocates continue to claim.
David B. Cohen, a Nation Board Certified teacher, blogger and author, takes time to deconstruct some of the arguments in favor of doing away with tenure on the InterACT website.  He focuses, in particular, on a column by Frank Bruni in The New York Times titled “The Trouble With Tenure.”  “You’ve heard this all before: too few teachers are fired because it’s too hard to fire them,” Cohen relates, “and since they know they can’t effectively be fired, they don’t worry about their job performance. Those assumptions are, at best, difficult to support and to apply broadly – and at worst, they’re just wrong about teachers and organizational management.”
The latest trend in physical fitness is to get Americans to stand up more than they sit down.  Research shows that standing burns more calories than sitting and contributes to a person’s improved health.  How might that relate to education?  Are you ready for standing desks in the classroom?  EDUCATION WEEK describes an experiment at Bryan Collegiate High School in Texas where 13 classrooms tried out the idea.  The results were quite positive regarding student attention and reducing childhood issues with obesity.  To keep with the concept, why don’t you try standing up while reading the piece.  Better yet, stay on your feet while perusing this edition of the “Ed News.”  Remember, it’s for your health! 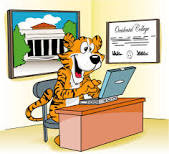