Next Generation Science Standards and Common Core
Arkansas became the 14th state, plus the District of Columbia, to adopt, with some minor modifications, the Next Generation Science Standards.  At this time the vote was only to approve the K-8 portion of the standards.  A story from the “Curriculum Matters” column in EDUCATION WEEK briefly describes the action.  The State Board of Education in California voted to formally approve the standards in Sept., 2013.  For a look back at the official “News Release” about the adoption from the California Department of EDUCATION’s website, click here.                Long Island’s Newsday newspaper questioned a number of high school valedictorians about what they thought about the Common Core State Standards.  The original article is behind a paywall but Diane Ravitch’s blog was kind enough to print it.  Interestingly (or not) their opinions varied on the subject.  “Understand that Long Island has some of the best high schools in the state and in the nation,”  Ravitch notes.  “These students have their pick of elite colleges and universities; they are super-smart and super-accomplished.”                Controversy over the Common Core engulfed a number of states around the country but one that was conspicuously absent from much of the debate was California.  A piece from EDUCATION WEEK attempts to answer the question “Why?”  Most of the powers that be in the Golden State support the standards.  “Gov. Jerry Brown and California’s elected K-12 schools chief are united in their support of the embattled benchmarks,” the story points out.  “The heads of the state’s teachers’ unions, universities and business groups are on board, too.  More than one-quarter of the 12 million students who were supposed to take new online tests linked to the standards this spring were Californians, but the technical glitches and parent-led opt-out campaigns that roiled the exams’ rollout elsewhere did not surface widely here.”                THE HECHINGER REPORT features an elementary class in New York where theater arts are being used to help ELLs tackle the English/Language Arts Common Core.  The curtain rises on Kelly Budde’s class in Port Chester.  Please hold your applause.
New Documentary Film
Anthony Cody, on his LIVING in DIALOGUE blog, features a new documentary out August 12, titled “Education, Inc., For Profit. For Kids?”  It explains how money and politics are infiltrating the public schools and the growing attempts to privatize them.  “If you are frustrated by what you see happening in your local schools,” Cody writes, “if your school board is beset by billionaire-sponsored candidates, and charter schools are starving neighborhood schools of funding, this film might give you a much needed rallying point.”  The film’s website includes the official trailer (3:13 minutes).
Another One Bites the Dust
John Deasy in the LAUSD.  Cami Anderson in Newark (from The New York Times) and now Mike Miles in Dallas (from WFAA the ABC affiliate in Dallas) and some others.  What do they all have in common?  Each was a “highly touted” corporate “reformer” who was selected to be the superintendent of their respective districts and now no longer hold those positions.  Could the pendulum be starting to swing back to where it belongs when it comes to attempts to privatize the public school system?
Teaching in Arizona
And finally, a previous edition of the “Ed News” highlighted the difficult condition of the teaching profession in Arizona.  Due to a number of factors, teachers are leaving classrooms and the state in droves.  A segment (2:03 minutes) from ABC Channel 15 in Phoenix features a new study from the Arizona Dept. of Education that reports on a serious looming teacher shortage in the Grand Canyon State and pinpoints some of the reasons why.  The video is courtesy of the LIVING in DIALOGUE blog.

“In the conditions of modern life the rule is absolute,
the race which does not value trained intelligence is doomed.”
― Alfred North Whitehead
Sunday is Father’s Day–Don’t Forget Dad

Summer begins officially at 9:39 am on Sunday. 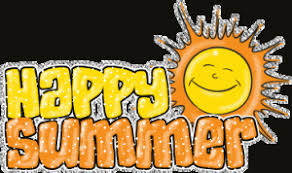 The War Against Teachers and Public Education
Former Sec. of Labor in the Clinton administration and current professor of Economics at UC Berkeley, Robert Reich, was the subject of a Q & A with CAPITAL & MAIN regarding “the war against teachers and public education.”  “We have gone way overboard on testing,” Reich responded to one query about Pres. Obama and Arne Duncan.  “Many students now are learning to take a test rather than to think.  Teachers are being promoted or given raises based upon their ability to teach students to succeed on the test rather than to teach students how to solve problems and to come up with new ways of viewing problems.”
Two Different Views of Schools in New Orleans
September, 2015, will mark the 10th anniversary of the devastation Hurricane Katrina wrecked on the city of New Orleans.  The city has undergone some significant changes since then.  One area has been its school system.  New Orleans’ Recovery School District (RSD) is now an all-charter system.  How have things changed over the decade since the storm struck?  Well, it depends on who you talk to.  A report released Wednesday from the Cowen Institute for Public Education Initiatives at Tulane University is featured in a story from the New Orleans Times-Picayune.  “‘The academic performance of New Orleans’ schools has improved remarkably over the past 10 years,’  authors Patrick Sims and Vincent Rossmeier write in the anniversary edition of the institute’s annual evaluation,” the article notes.  It goes on to mention some sources that take an opposing view.           Mercedes Schneider, on her “EduBlog” at deutsch29 takes exception to the rosy conclusions of the Cowen Institute.  She takes a detailed and critical look at graduation rates and finds the results very disappointing.  “The Louisiana Department of Education (LDOE) hides information and releases delayed or partial information,” she charges, “in an effort to keep the public ill-informed regarding the state of education in Louisiana and especially as concerns the now-all-charter Recovery School District (RSD) in New Orleans.”
1-to-1 Computer Initiatives
Computers-for-all programs are also know as “1-to-1 initiatives.”  The “Ed News” covered extensively the “iPad-for-all” fiasco in the LAUSD and also some other districts’ attempts to provide computers/tablets to students.  In light of those previous failures some districts have taken a go-slow approach to their 1-to-1 initiatives as they attempt to learn some of the painful lessons suffered by earlier efforts.  An item in EDUCATION WEEK uses Miami-Dade County as a case study of a district that is learning from previous attempts.  Sadly, LAUSD and districts in Texas and North Carolina are held up as examples not to follow.
California School Funding
An editorial in yesterday’s L.A. Times calls for more oversight of how new funds are being spent by California’s school districts.  A recent article in the paper (highlighted by the “Ed News”) featured a report critical of how the LAUSD was using those dollars.  “The state needs better, independent oversight of how the money is spent.  Above all,” the editorial concludes, “it needs to demand results. . . . The entire funding system should be assessed in several years to see whether it is bringing about better results. Educational history is full of examples of expensive, well-intended programs that never helped impoverished students.”
Ed Tech
In order to be successful these days students need to be able to connect to the internet not only at school but also at home.  That can pose a significant obstacle for poor students.  Not only are their campuses less likely to have up-to-date technology but their homes are even less so.  It’s an issue that’s referred to as the “homework gap.” A new Federal Communication Commission program may provide the answer to this problem.  “The Federal Communications Commission,” notes a story from THE HECHINGER REPORT, “voted Thursday to include broadband connections in a $1.8 billion federal program that subsidizes telephone services for low-income people.  This program isn’t reserved for families with school-aged children, but supporters say the change will inevitably help the neediest students get online at home.”
Ethnic Studies Bill in California
And finally, Anthony Cody, on his LIVING in DIALOGUE blog, describes a bill (AB 101) before the California legislature that would direct the state superintendent to create elective classes in ethnic studies.  Besides being important to students of color, Cody adds “ethnic studies is also of great potential benefit to all of society, in that learning about systemic racism allows us to confront it directly.  Research has shown that ethnic studies and diversity courses benefit students of color and whites as well.”

Two letters in Saturday’s L.A. Times commented on an editorial the paper ran on Wednesday (highlighted in Friday’s “Ed News”) about the state legislature possible dropping the California High School Exit Exam.  One of the writers was David Tokofsky, former Social Studies teacher at Marshall High School and LAUSD board member for 12 years.

Happy Birthday to the BATs
The Badass Teachers Association (BATs) celebrated their second birthday on Sunday.  You can read all about their accomplishments so far and what they hope to achieve in the future on their BATs website.  In just 2 years they’ve already stirred up the education establishment.  Their name got peoples’ attention from the get go.  [Ed. note: Could they possibly be approaching those “terrible twos?  Here’s hoping so!]  “Perhaps our greatest accomplishment in 2014 is that we continue to give support to teachers across the nation,” they proudly relate, “and provide them with a clearinghouse of what is happening to public education across the nation. We continue to fight for equality and equity in both society and education. We look forward to 2015 and to our continued effort to win back great public education for all our children, and return classrooms back to teachers and their communities.”
LAUSD Spending Criticized
California’s year old “local control funding formula” earmarks new state funds to K-12 students who are low-income, learning English and in foster care.  A new study from UC Berkeley found that large portions of those dollars are not being spent as they were intended in the LAUSD.  In response, the district claims the system is new, the kinks are being worked out and the rules are being followed.  All the details are found in a story in today’s L.A. Times.
Election 2016
And finally, a quick quiz.  With former Florida Gov. Jeb Bush jumping into the Republican presidential race yesterday, how many officially declared candidates are there on the GOP side?  Answer in a moment.  EDUCATION WEEK continues to review where the candidates stand on education issues as they enter the race.  Quiz answer: eleven.  Whoops! Hold the phone.  Since I wrote that yesterday, Donald Trump entered the fray TODAY making a total of 12 GOP candidates.  ED WEEK didn’t have anything up on Trump’s education policies as of the publication time for this edition of the “Ed News,” but stay tuned.                   Valerie Strauss in her column for The Washington Post has a slightly less positive take on Jeb Bush’s education policies.  Her piece is titled “Here’s What Jeb Bush Really Did to Public Education in Florida.”  “Did his Florida reforms, she begins, “really accomplish what he says they did? When he talks about helping schools, which ones is he talking about?  Here’s what you won’t hear — and what is vital to know to fully assess Bush’s education reform record and to understand why his critics call him a privatizer — and not a reformer — of public education.”  Strauss proceeds to offer chapter and verse regarding Bush’s claimed “accomplishments” related to education in the Sunshine State.

(Occidental College,’71)
That’s me working diligently on the blog.

“The foundation of every state is the education of its youth.”
― Diogenes of Sinope

(Occidental College, ’71)
That’s me working diligently on the “Ed News.”